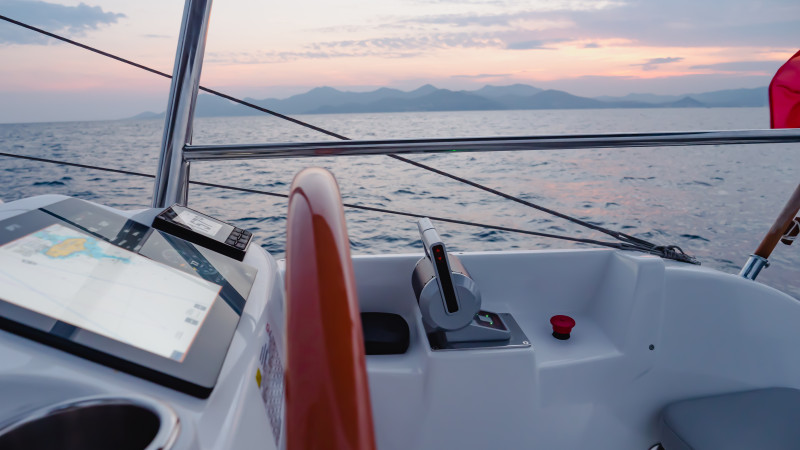 Following its presentation at the Cannes Yachting Festival, the Excess 15 E'Lab prototype equipped with the Torqeedo hybrid drivetrain is beginning a Mediterranean circuit this fall. There’s a great program in store for the crew: boat shows, sea trials, trips out with some experts in the field, and opportunities for enthusiasts eager to discover electric propulsion.

Discover one of the strong points of the Torqeedo motorization: the maneuverability it gives the catamaran and finally read the testimony of Emmanuel, one of the Groupe Bénéteau skippers and catamaran specialist, who tells us all about the feel while maneuvering this catamaran. 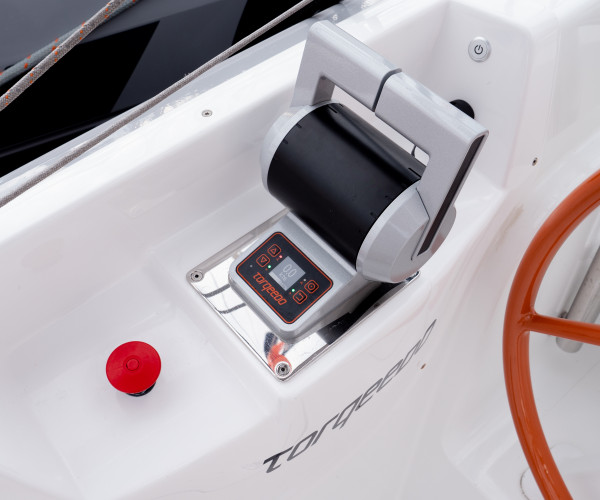 THE MANEUVERABILITY PROVIDED BY THE DEEP BLUE HYBRID SYSTEM

The Deep Blue hybrid system guarantees easy maneuverability, especially in marinas, and not only because of the silence of the electric motors. As the Sail Drive unit has no gearing, it is very easy to shift from ahead to astern without the need for a clutch. The throttle behavior is very precise and subtle and can be selected for dynamic or slow mode, which is especially helpful when approaching a tight marina slip.

The dual premium electronic throttles are the right solution for everyday use, being ergonomic, robust and functional. They allow individual control of both motors.

All premium joysticks are equipped with Bluetooth, which makes it very easy to pair them with the TorqTrac smartphone app from Torqeedo.

Emmanuel, a Groupe Bénéteau skipper and a catamaran specialist, speaks about the maneuverability of the Excess 15 E’Lab.

“I arrived in Cannes in the early hours of the morning, eager to finally discover this famous Excess 15 Hybrid prototype.

At first glance, I couldn't see any difference with the standard model, except perhaps the Torqeedo engine controls.

It looked boat-like. I had a feeling we'd get along well.

After a walk around the deck, I realized that getting out of this spot was not going to be easy: stern-to, with a crosswind. And the other boats' groundlines weren't going to make it any easier, especially since the pontoon opposite wasn't very far away...

I received a full briefing on the functioning of the hybrid system, the interface, the generators and the BMW batteries. Ultimately, it was all very intuitive and fast, like with diesels, just turn the key.

It feels surprising, is it really engaged? I tested “slow ahead” on the port engine, a slight whistling and the noise of the water pushed by the propeller... It works, it's good. I cast off with Antoine, from the Excess team, crew member of the day. He advised me to use the “Slow” mode to limit the power when maneuvering, as the electric motors have full torque at all speeds.

With the propellers clear and the groundline dropped, I engaged ahead, and it was very smooth, no step into gear like with a diesel, the control is total, I was afraid of the crosswind, but the configuration of the boat makes the windage effect rather weak, so the breeze wasn’t going to be a concern. I edged ahead until I cleared the groundlines before turning the boat within its own length, almost no noise, it's impressive! I could control the power easily, forward and backward, it goes by itself, I felt pleased with myself!  Just 3 minutes and I will be out of the harbor, I can't wait to give it some Watts, and leave “Slow” mode.

Heading back to the dock, I was at ease by now, the controls are so precise and smooth that I don't need to give it power, nor to use the bow thruster, a real treat!

With regret, I had to hand over and let someone else have a go...” 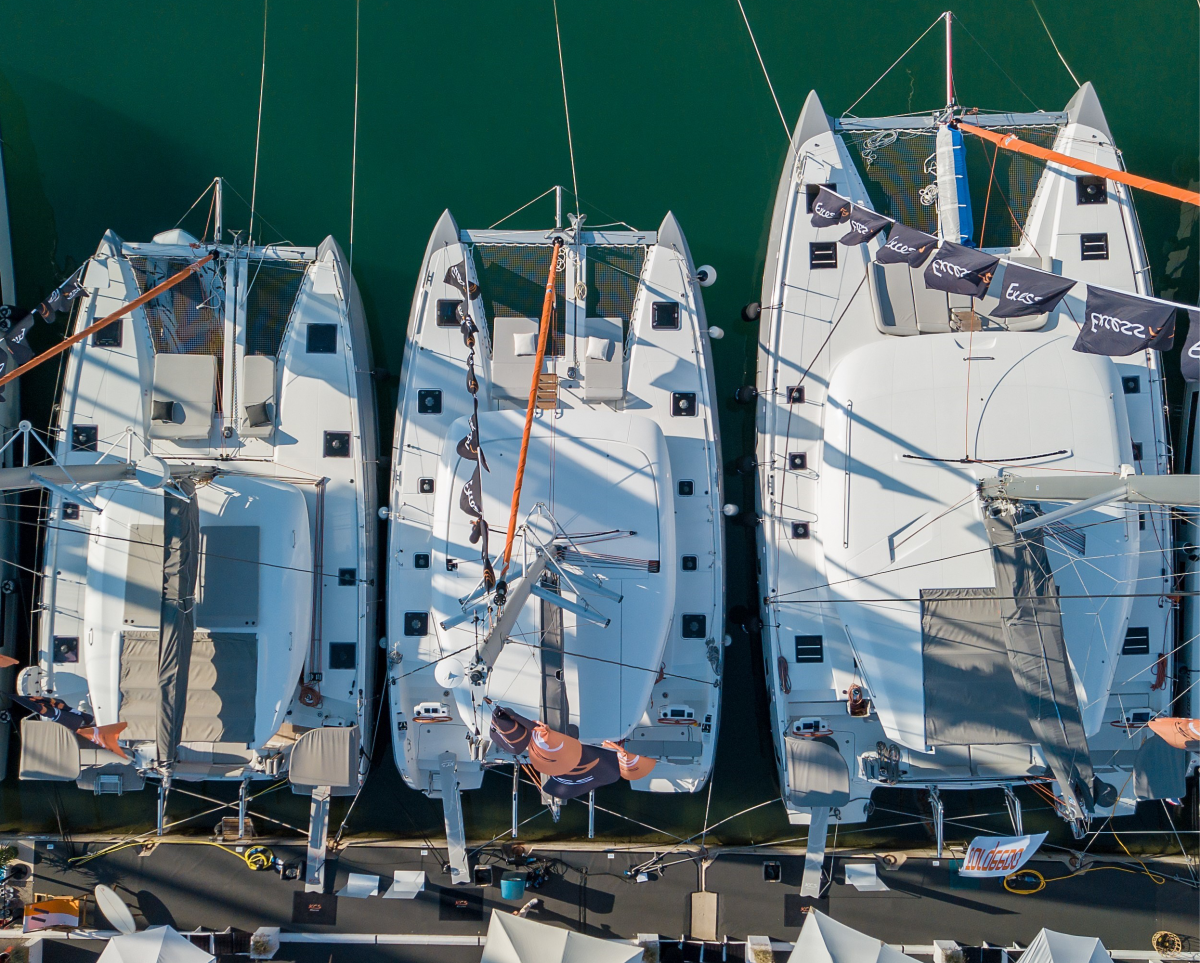 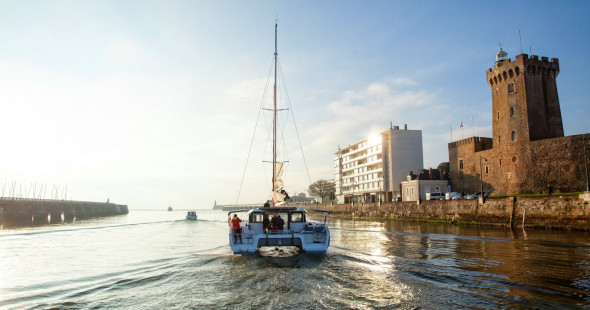